Leaders Who Care. Who Care a Lot about Employee Growth and Customer Success

A Cool Company, From Day 1

Nteligen’s leadership team has complementary expertise, knowledge, and styles. They support the importance of the mission to employees, partners, and customers while amplifying the company’s culture and ensuring positive employee and customer engagement. It is a team that ensures success. 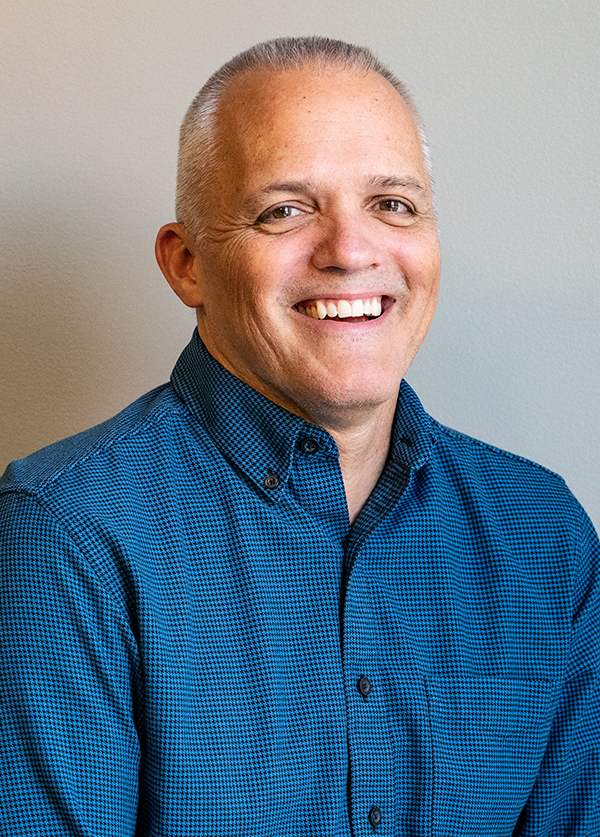 Joseph (Joe) Karolchik is the President and managing partner of Nteligen®. Since co-founding the company in 2010 with John and Jerry, he has led the business from a startup venture to becoming an industry expert in reducing the risk of sharing information for national defense. Under his leadership, Nteligen® has formed partnerships with Government agencies and cybersecurity vendors to create policies and technology that support critical data movement in secure, managed environments.

From the start, Joe’s career has been dedicated to supporting national defense through his work with government agencies and the DoD. As a software engineer in his early career, he developed applications for satellite telemetry processing, signal collection, data analysis, and training to support analysts. He got started in cybersecurity by leading a research team to build an information security and analysis system that was awarded multiple U.S. and international patents. Continuing to specialize in cybersecurity solutions, he developed security software for interactive voice response, telecommunication systems, and networking devices. Eventually, he took over engineering leadership for a custom hardware enhancement manufacturer.

His career experiences motivated Joe to start a business that could make a focused and meaningful contribution to the defense industry. Nteligen® was co-founded around developing cross-domain solutions (CDS) that led the industry’s efforts to move data between networks and users with widely varying security concerns. Many of the company’s early developments have become exemplars for today’s CDS industry. The business expanded its focus to understanding, managing, and reducing the risk of sharing information to encompass new technology research and evaluation of innovative cybersecurity products. The key concept behind Nteligen®’s business is called Proactive Cyber Threat MitigationTM, which defines the full lifecycle of secure information sharing.

Joe earned his B.S. in Computer Science from IUP and his M.S. in Technical Management from Johns Hopkins. He has been an active member of AFCEA Central Maryland for over 20 years and was integral in creating the STEM Kickstarter program, which awards grants to K-12 teachers in Central Maryland for STEM-related initiatives. He is also a member of the Project Management Institute, having earned his PMP certification in 2009. In his spare time, Joe likes to garden, play piano, and enjoys cooking like a Food Network chef.

John Spicer co-founded Nteligen in 2010 with Joe and Jerry, to have the freedom to do the type of work he wanted to, without the bureaucracy of a large organization.

To be an entrepreneur and own his own business was a lifelong goal. The biggest challenge was building the company vision and bringing it to life.

John has been an engineer since 1996. He started as intern developing software tools used in silicon chip design. He began working with information boundaries and Cross-Domain Solutions (CDS) in 2006, which is where Joe and he have focused Nteligen® after starting up.

John earned his B.S. in Computer Science from UMBC. He chose computer science because he likes technology and the puzzle solving that Comp Sci represents. The challenges that come with engineering are the reasons he loves what he does. John has worked hard and accomplished strong relationships with customers and heavily influences and directs their vision. 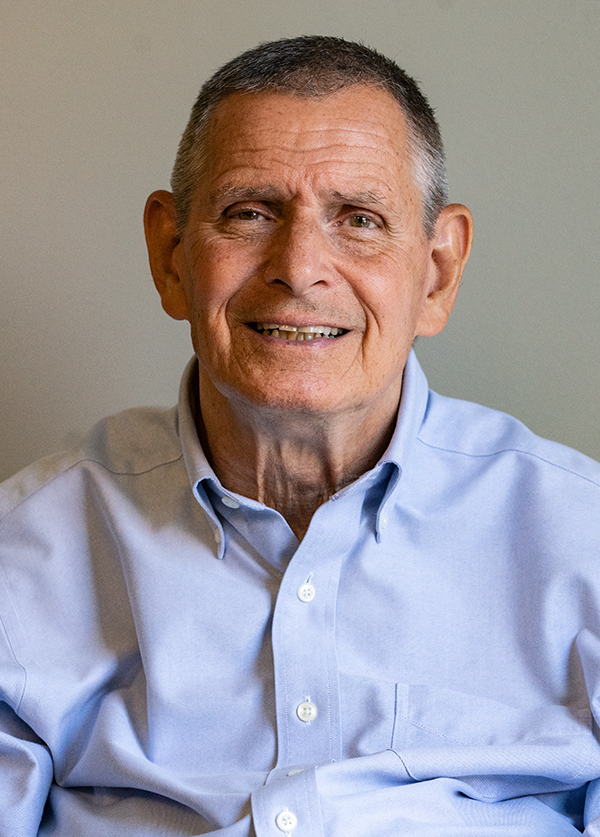 Jerry Adams is VP of Finance. He is also a co-founder with Joseph and John. It was a tough decision for him in 2010 to give up an established and successful career in public education and assume a new job managing corporate finances. He has no regrets (smile).

During his tenure, he designed and set up Nteligen®‘s accounting policies and procedures and has headed the accounting department from the start.

Jerry provides strategic oversight and collaborative leadership for all of Nteligen®‘s financial and accounting functions. He is also Nteligen®‘s contact for the government auditing agencies DCAA and DFAS, as well as the IRS.

Outside work, Jerry enjoys spending time with his family, his trusted canine companion, and time relaxing while communing with Nature. He considers himself an amateur naturalist and a botanical enthusiast and spends as much time outdoors as possible, exploring and appreciating everything Nature offers. He also enjoys audiobooks while commuting to and from work, with biographical, detective, and spy novels topping his list of favorites. 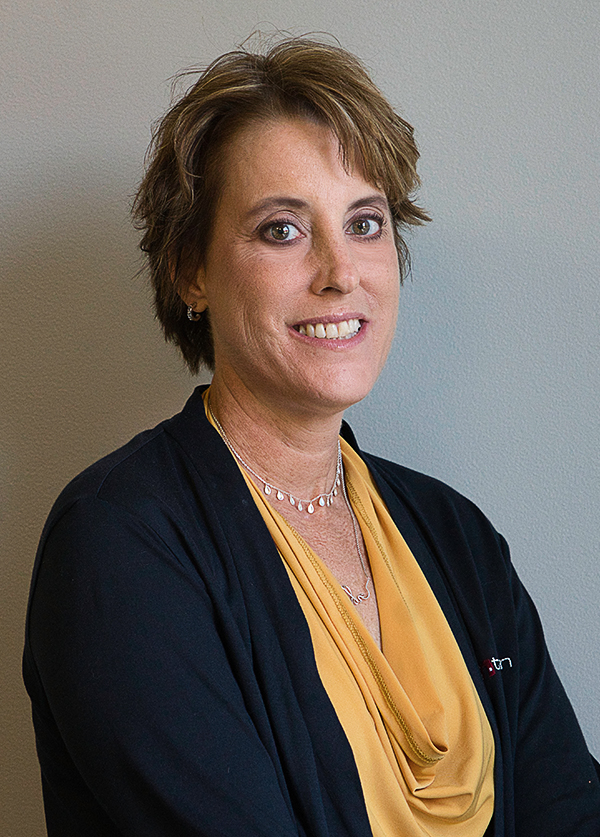 Shannon Burlingame is the Director of Operations. She entered the corporate workforce as a Purchasing agent and then moved into Human Resources in 2005. She then joined the Intelligence Community in 2008, working under Joseph Karolchik (Nteligen CEO® and President) at IST. Nteligen®, in 2016, recruited Shannon as their Operations Manager. As part of her earlier experience, she created the HR departments for two companies, including Nteligen®. As her career progressed, she earned additional responsibilities and promotion to Director of Operations in 2017.

Shannon enjoys working for Nteligen® because every day is different, and she likes helping people. She loves the growth opportunities she encounters daily because there is always something new to learn, which keeps her work exciting. She earned her SHRM-SCP and ITIL V4 certifications while working at Nteligen®.

Shannon enjoys paddle boarding, hiking, traveling, and reading and is a crime junkie. She has two Tuxedo cats named Emmy and Ari and a Morkiepoo named Izzy. In 2021, she battled cancer and won! She is a Cancer survivor. Her claim to fame is meeting Michael Keaton while bartending in Pittsburgh, PA. 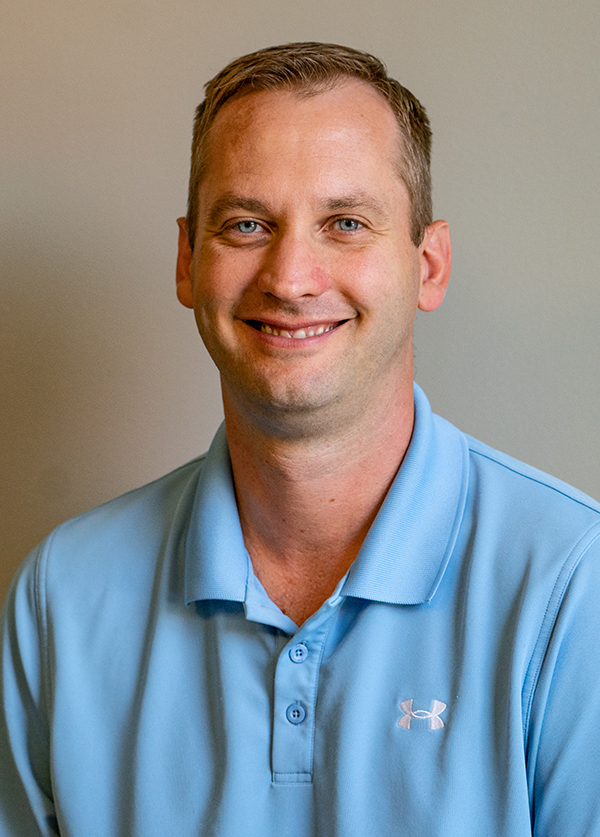 Erik Carlson is the Director of Programs. He started with Nteligen® in 2016 as a Systems Security Engineer and moved into the Program Manager role shortly after starting.

Since 2007, he has held other program/project management roles in several industries. Erik joined Nteligen® because he knew some employees, and the culture and growth opportunities were a great match.

He continues to learn and grow with Nteligen®. He values the opportunities and technical challenges we face, and solving those challenges is rewarding. Erik’s significant contribution to Nteligen® has been creating and leading the PMO. His personality lends itself to organizing activities to solve complex problems.

He has certifications for ITIL v4, PMP, and CISSP. Erik was selected as student of the year in 2006 by the Maryland College of Agriculture and Natural Resources.

Erik enjoys golf, building things, and cooking. His claim to fame is meeting Steven Tyler of Aerosmith in Nashville, TN at a pizza parlor while there for his bachelor party. Erik resides in Millersville, MD with his wife and two daughters. 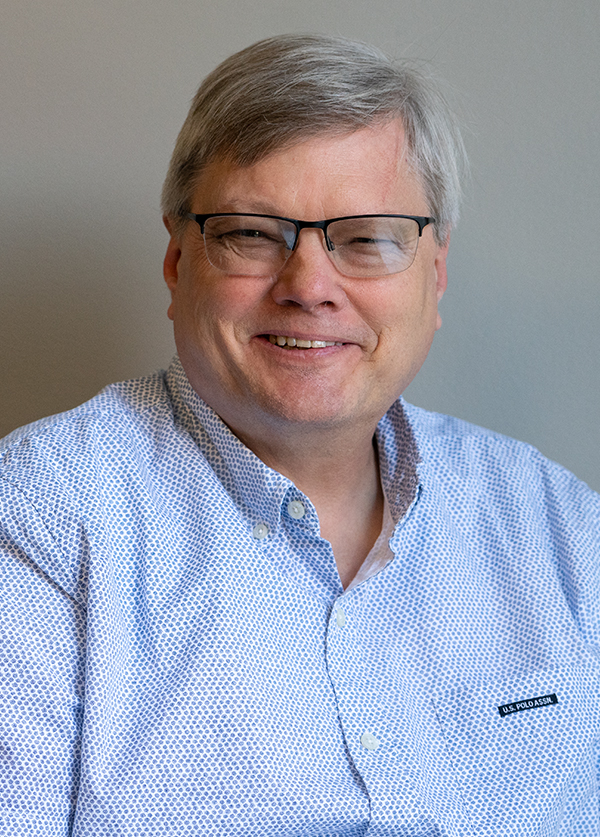 Eric Gudenius is the Director of Customer Operations. He started with the company in 2012. He started programming at 13 while in a movie theater projection booth.

In his first corporate job, his first role was as an application developer. He then moved into developing system integration tools and file system device drivers. While working for the Coalition Provisional Authority (CPA) in Iraq, Eric learned about partner nation communication issues that Cross-Domain Solutions (CDS) address. Eric has been working in CDS and related technologies since 2005.

Eric joined Nteligen® after hearing what kind of company they were building. It sounded perfect for his skill set and an opportunity to grow. He likes that the leadership is still learning and knows they can learn from their teams. He continues to evolve and be inspired by colleagues both inside and outside Nteligen®. 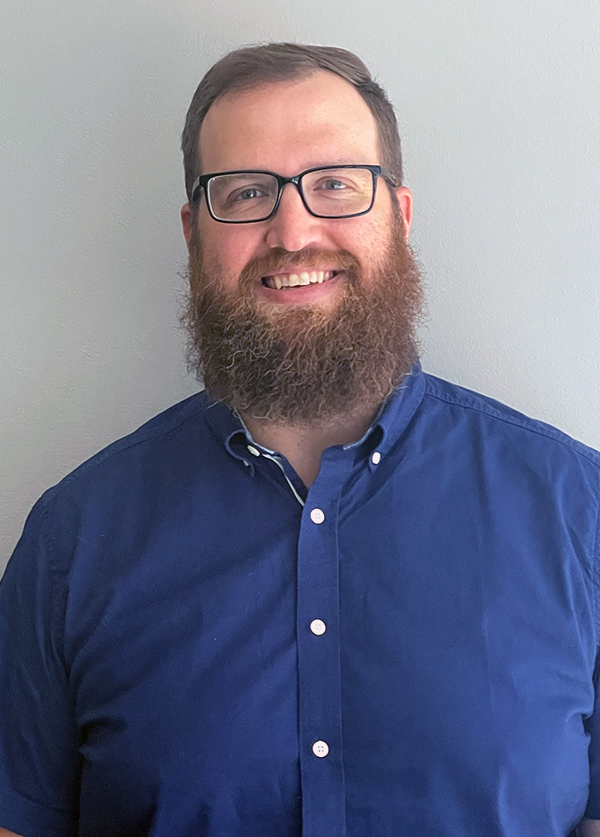 David Schloss is the Engineering Manager. He started with the company in 2016. His career in IT began at the University of Maryland in College Park. And then transitioned to software engineering at Northrop Grumman after graduating.

Software development piqued his curiosity in high school. Today, he has been in the technology field for more than 13 years. While working for a different company, David previously worked with the Nteligen® founders on the Assured File Transfer (AFT) product. Years later, the founders presented David with the opportunity to be a Team Lead on a project giving him the chance to forge his path in software engineering.

He enjoys working for Nteligen® because of the exposure to diverse projects and new technologies, a healthy work-life balance, the incredible people and culture, and career growth opportunities. David also published an industry-defining paper with the Air Force Research Lab while working at Nteligen®.

David enjoys water sports, video gaming, building things with his hands, traveling, and working on engines. He lives in Baltimore with his wife and two cats, Etta and Stevie. Etta is sweet, and Stevie is spicy. David’s claim to fame is from the third grade. During a kickball game, he kicked the ball into a basketball hoop at the opposite end of the court where his class was playing.